*   There were independent SBHs  with sweep (pairs and fours only) in the afternoons at Tees RC, Tyne United RC and Durham ARC - see the host clubs’ own web sites for details of the SBHs. No points are awarded in the SBH events for the LDS series victor ludorum prizes.

** Wansbeck SBH was included on BROE as a division of the LDS, as it is run by the NRC. It  included sweep (pairs and fours only) and did not count towards the LDS series victor ludorum prizes.

* A film crew working in the area underneath the New Bridge and roads closed in that area affecting access to Tweed Green and Berwick ARC boathouse.

* Revised parking arrangements map - follow the route marked on the map to get to Tweed Green. After unloading cars/towing vehicles should follow the route to park at the Tweed Dock Wagon park.

* We have no access across the Old Bridge so competitors will have to walk across the New Bridge.

No results as cancelled!

* Start order as xlsx and pdf

* And results by boat class here

Hosted by  Cambois RC. LDS in morning and SBH in afternoon. Both run by NRC and on BROE as divisions of one event. Distance was to be 3350m but shortened to about 2500m due to forecast wind. Limit of 100 each division. Shared LDS and SBH documents are below. The event was held despite the threat of Storm Brian and high winds forecast. The right call, as the wind was never that bad.

* Course map - note course shortened as compared with this plan

* LDS results as xlsx and pdf  and by boat class here

* SBH results as xlsx and pdf  and by boat class here

The LDS is hosted by Tyne ARC with help from Tyne United RC & NUBC. The SBH is organised by Tyne United RC - see their web site for details. Distance 4500m. Limit of 140 in each event. The events were cancelled due to forecast winds of up to 20 mph, gusting 40 mph, from the west: it was unrowable after mid-morning. Event documents:

* Start order as xlsx and pdf

No results as cancelled!

The LDS in the morning was hosted by Durham ARC. The afternoon SBH was run by Durham ARC - see this page for details, results, etc. Initial limit was 100 for each event (but SBH later expanded to two divisions and more entries). The LDS was at 9.30am, SBH first division at 12 noon and SBH second division at 2.30pm. The events ran in good and calm conditions, sunny but coolish. LDS & SBH docs apart from start orders & results were common and are here as well as LDS start order and results:

The LDS was hosted by Tees RC. Tees RC ran the afternoon SBH. Distance 5000m. The events ran in sunny but cold conditions with a bit of a north east breeze to help rowers sit up into!  There was no limit on entries. See this page for details of the SBH, but shared LDS and SBH documents are here as well as there:

The Northern Rowing Council, with the help of host clubs, runs the Long Distance Sculling (LDS) series every autumn. In 2017 we were hoping to have six events over six consecutive weekends, as listed below, but it turned out that two were cancelled due to wind concerns and only four ran.

The LDS series is for sculling boats only - singles, doubles and quads (and octs where indicated on the poster). They are open to all age groups and categories. There are usually associated SBH (Small Boats Head) events with sweep in the afternoon on four of the six days.

The full points tables over the four events that ran are here.

The regional rowing calendar up till 31 March 2019, including LDS dates for autumn 2018, is now available and can be seen on this site here.

Queries about all aspects of the LDS series including entries and results should go to lds@nerowing.com. Any questions specifically to do with how this page works (or not) should be directed to Colin Percy at info@nerowing.com. 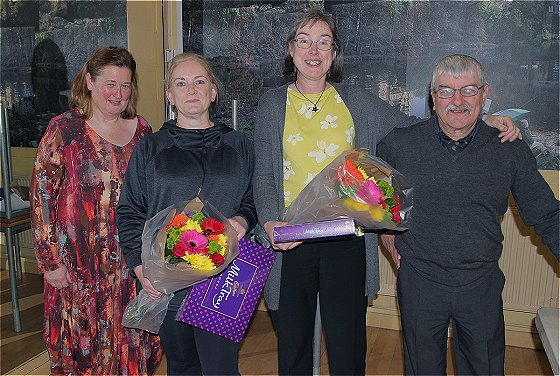