The Northern Rowing Council with help from British Rowing set up the Explore Rowing Sunday League series in 2012. The series each year is aimed at recreational rowers, novices, recent graduates of learn to row courses and those returning to rowing. In this the third year of the series we kicked off on 2 March and concluded on 5 October.  In between there were events every first Sunday of the month.

Most events were Splash & Dash with side-by-side racing over a short sprint course; there were a couple of Skills Head days, which comprised a longer time trial with water skill tests interspersed.  There were some sweep oar as well as sculling events.

After all eight rounds the winners were Tyney Temp-Oar (Women’s) and Tyne Young Boys (Open). So well done to Tyne RC for a clean sweep! The full series results are at the foot of this page. Well done to everybody else too for a great year’s good-natured but hard fought racing and thanks to all host clubs and helpers (and not forgetting James Andrews).

Entry
* Entry fee: £12 per team per event, payable on the day in cash.
* All entrants must be a British Rowing member.
* Gold or other racing members must be of Novice Status at both Sculling and Sweep to participate
in any Sunday League event. If your Novice status was lost the day before your team may compete
but no points will be added to the league.
* Silver members taking part are allowed to have points.
* Entrants must be 18+ on the day of the event.
* Entries must be received no later than 5.00pm on the Wednesday before the event.
* Entries must be sent by your club representative to James Andrews
-  colin.percy@blueyonder.co.uk (for October only) - using the entry form as above.

Teams
* New teams may join at any point throughout the series.
* Team names and crew members must be provided to ensure consistency.
* Teams must wear a matching colour kit..
* Teams must be between 4-6 members to gain full points.
* A different combination of the 6 can be used in different races.
* If at any point more than the original 6 are entered the crew will receive half points for that event.
* If the original team of 6 enter without any extras at a following event they will be allowed to gain
full points.
* Teams are not allowed to go over a total of 9 members as at least one member of the original team
must be present.

* Coxes do not count as team members (though team members may cox).
* Competing clubs should provide enough coxes so that all crews can take to the water when needed;
names of those brought to cox but not team members should be declared at registration.
* Coxes must be British Rowing members and can have points.

* At the discretion of the organisers, crews may  ask other eligible people present  on the day to cox if
this would facilitate smooth running of the event.

The event organisers will try to stick to the published schedule as much as possible, but apologise in advance in case any events run over the scheduled times!

* points will be calculated at the end of the day and added to the overall league table.

Type and number of races:

* side by side racing, one against one

* every crew in category races everyone else, subject to .......

* maximum of 40 races in all at any event over no more than 4 hours.

To include a selection of required skills:

* Emergency stops (penalty if not stopped in required distance)

* Other skills may be added

* Crews are allowed 2 races with times added up.

* Points will be as follows:

* ½ points will be awarded if the team goes over the original 6 team members.

* points will be added to the league table.

No prizes were awarded for single events; one series prize in each of Open and Women categories. 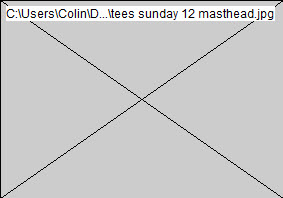