The Northern Rowing Council with the help of British Rowing set up the Explore Rowing Sunday League series in 2012. The series each year is aimed at recreational rowers, novices, recent graduates of learn to row courses and those returning to rowing.

In 2015, the fourth year of the series, we kicked off on 29 March at Tyne United, Round 1 at Talkin Tarn in March having been postponed (and later run in September). Unfortunately Round 3 at Tynemouth in May was also cancelled, so eventually we ran 7 out of 8 of the events.

Five events have been Splash & Dash with two lane side-by-side racing over a short sprint course; however, there were two Skills Head days, which comprised a longer time trial with water skill tests interspersed.  There have been both sweep oar and sculling events.

** 3 May event cancelled due to very adverse weather forecast - no rerun, unfortunately

Event format and rules for 2015

By e-mail to British Rowing APM - james.andrews@britishrowing.org - with entry  form attached - from a single club representative for all teams, please. Download the entry form here.

All entering crew members must be:

If you de-novice (sweep or sculling) at any point throughout the season you will not be allowed to take part in any further Sunday League events.

If you de-novice the day prior to a Sunday League event you may still take part for that round but your team will score no points.

Participants having won mixed events at regatta’s in the current season will also be asked to not take part in the League.

Entries must be received no later than the Wednesday before the event.

Entry cost: £12 per team per event

Each round will be either sculling or sweep rowing in stable coxed quads or fours.

Rounds shall either be Splash & Dash racing or Skill Head races.

Roughly 1 km head races to include a selection of required skills. A course map will be provided a minimum of 2 weeks before the event.

Skills will include some or all of the following

* Whole crew have their blades in their laps so the spoons are in the air. The crew rocks the boat so that the spoons on one side slap the water, then they rock the other way so the other side hits etc all whilst keeping hands/handles in their laps.

Teams race twice, with the times added up to form your final time.

You are allowed to substitute members between races.

Points will be awarded for the top 4 placing teams.

½ points will be awarded if any of the 3 reserves/extras are used.

There are no prizes or awards for individual rounds.  Each year there will is a series prize and cup for both the winning Open & Women’s teams. 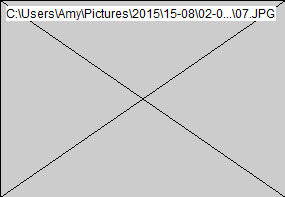