This was the tenth anniversary (give or take a few months) of Tyne ARC hosting the Sunday League. It was the last round in 2022 and the Women’s and Open titles were both up for grabs.

We used the standard times plus a presentation at the end as follows:

Results this round and series winners

There were 7 Open entries and 5 Women’s entries. In both categories we had the leading two crews both competing and having a chance of winning, especially in the Open. We will give a bit more detail of the day shortly, but the results matrix is below as a jpg (click for larger version or here as pdf. Note the dead heat between the two TURC crews in the very last race of the day!

The final league table for the whole series is at the foot of this page as a jpg (click on it for a larger version) or here as a pdf. The series winners were Berwick’s Best from Berwick ARC in the Open category and S-quads on Fire from Tyne United RC in the Women’s category. 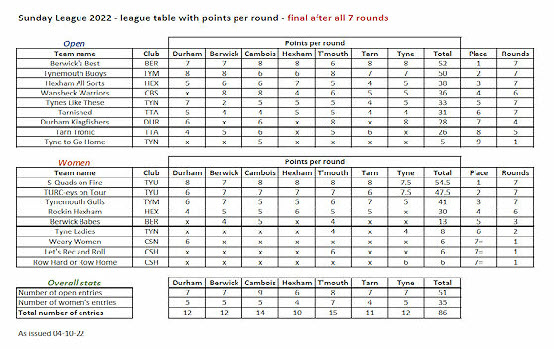 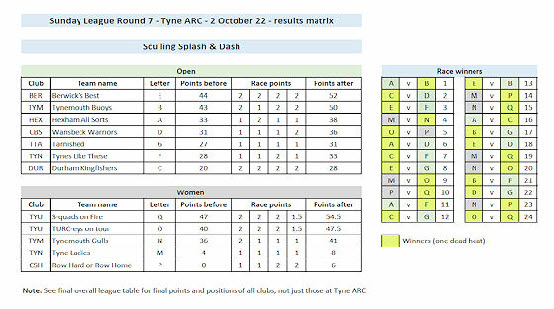 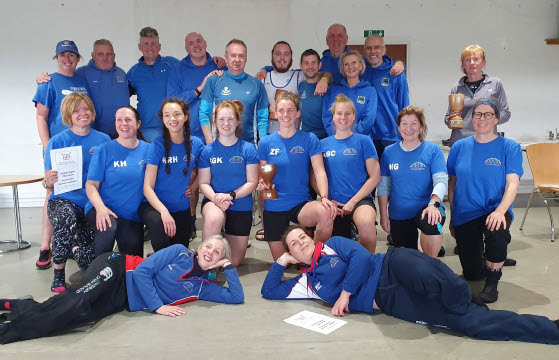