Gateshead  Goldstars at Tynemouth in 2017


The sixth round of the 2017 Explore Series (previously the Sunday League) was at Tynemouth RC. It was a Sculling Splash and Dash event. Timings were as normal.

There was a brisk south west wind, so a good day for sailing and an exciting one for rowers, especially the less experienced. It was pretty rough once past the headland and more so further out. After a couple of races the course was shortened to minimise the risk of foundering.

It was still tricky turning and getting alongside the other boat straight. After a few problems early on all crews became quite expert in turning, lining up and setting off within a few seconds. Highlight of the day was the very novice Gateshead Goldstars crew (see photo) storming to a final win after really struggling with the wind earlier on.

Many thanks as always to the host club, Tynemouth RC. Just need to wash the sand of everything now!

This is shown below - click on the image for a higher resolution jpg version or here for a pdf. The overall league table after this round at Tynemouth can be found as a pdf here. 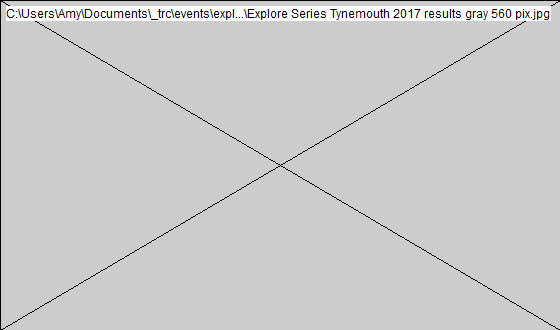